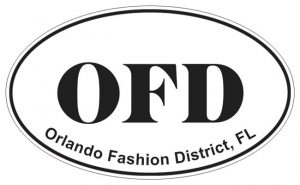 We at Orlando Fashion District have discovered three compelling reasons why developing Orlando as a Fashion Destination with a Garment District, at this point in time, is the perfect storm. 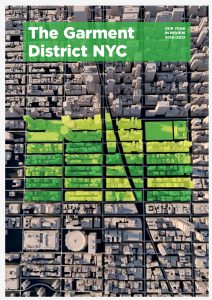 Both nonprofit Districts are trending with further development in the works. (Orlando Fashion District is incorporated as a nonprofit organization.)

Was your first thought, those numbers are because of the global Fashion Industries in NYC and LA?

Why would having a Garment District in Orlando work?

What most people don’t realize is, both NYC and LA’s garment districts are largely supported by the COSTUMING demands of Entertainment, Broadway, Film and Television.

Here’s where we want you to connect the dots…

Guess where we have a disproportionate amount of entertainment going on, which has made us one of the top tourist destinations in the world?

To feed the voracious demand for costumes here, there are millions of dollars being spent on the daily, for fabrics, equipment, materials, trims, buttons, zippers and supplies – all of which are currently being shipped to Orlando from elsewhere.

Why haven’t we created a more self sustaining environment here to supply the local demand to feed the machine that keeps this mouse town running? Good question!

The dynamics of the current supply and demand situation, begs for a solution and has created an opportunity to fill a profitable gap in the system, by making our beautiful city of Orlando, more self sustaining.

Now, let’s add the Global Fashion Revenue Numbers, which reveal a 2.4 TRILLION DOLLAR Industry and 2% of the World’s Gross Domestic Product (GDP) which has consistently grown by 5.5% annually according to the lMcKinsey’s State Of Fashion Report

Not only does the need for clothing touch EVERYONE literally, but it’s the world’s seventh-largest economy.

We believe by investing locally to create a garment district, we can turn garments “Made In Orlando” into revenue and jobs.

Universal and Disney Theme Parks already have their own Design and Fabrication departments who currently employ thousands of these same skilled workers.

Other growing design and sewing related businesses located in Orlando include Bespoke Stitchery and several enterprisers like Elizabeth Scovil Designs, Martin Capristan and let’s mention Jason Neece of 1v1 Fight Gear, who has an Adidas contract for sewing the only boxing gloves being made in the USA, right here in Sanford, FL.

Baltimore, MD has an innovative program that gives former inmates the opportunity to learn production sewing. Baltimore Sun Article
Orlando Fashion District has been asked by our local Corrections System to create design, pattern making and sewing related programs for inmates and to provide ex con job training and production sewing jobs in Orlando. We’re currently working on the logistics of making that happen in Orlando. 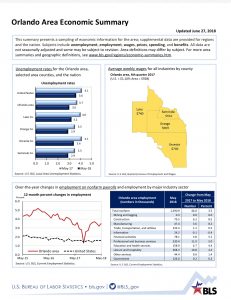 Manufacturing jobs in Orlando have more than doubled from 3.6 to 8.2 over the last year according to the Orlando Area Economy Summary Dated June 27, 2018.
 
We’re taking “Orlando Pride” to the next level by creating jobs here with inspiring initiatives we’d like to spread to other cities. We’ve taken on the challenge of being the change we want to see in the world, by becoming the innovative leaders driven to inspire and create new strategies using automated systems and advanced technologies to bring garment production back to the USA.

3. TOURISM – Orlando was visited by a record number of tourists last year to the tune of 72 million, making Orlando THE Top US Destination, overtaking NYC and LA by almost 30 million visitors!

Here are some compelling numbers for comparison as to why we believe becoming a contender in the Fashion World wouldn’t take as much effort as you’d think.
Paris, which is considered to be the leading Fashion city in the world, had 23 million visitors out of 82.6m visitors to it’s entire country of France.
The entire country of Italy had 52.4m and UK had 35.8 million visitors.
If those aren’t some compelling numbers that illustrate how many people are coming to Orlando vs the rest of the world and to illustrate how successful we have the potential of becoming a leading fashion destination, I don’t know what is.

If we build it, they are already coming.

Take I-4 anywhere and you’ll see the evidence of our expansion.

Orlando is being redeveloped in so many areas to meet the demands of our growth, it’s astonishing. Orange Blossom Trail between Colonial Drive and Sand Lake Road is being reclaimed by “OBT Next”. We’d love to be located downtown or on OBT, but are open to other options because we realize traffic and parking to a Fashion Destination and Garment District, needs to be considered. 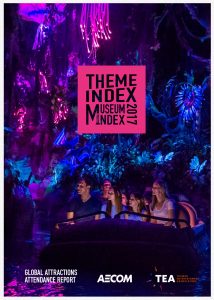 Miami made the Top 10 Fashion Cities in the USA list, but Orlando could take the lead, if we simply acknowledged and supported our growing fashion scene and made an effort to exceed the fashion demands of our visitors, being met by other cities.

When the Brightline train connects Miami to Orlando in just 3 hours, we can expect thousands of visitors from Miami to be delivered to Orlando on a regular basis, giving us the perfect opportunity to shine.

Orlando is sitting in a powerful position to support its own native and profitable Fashion Entertainment and Garment District. There are dozens of privately held Runway Shows and Fashion Themed Charity Events going on here, on a monthly basis according to Instagram, Facebook and Eventbrite. OFD’s Fashion Event Calendar helps anyone find fashion events here more easily and assists creators in gaining more exposure and success.

People leave Orlando to take Fashion Vacations around the world for events and to shop for trending fashion and wholesale buying trips for resale.
Conventions like “Magic” are being held in Vegas and NYC by UMBFashion.com.
Miami is host to Fabric shows like DGExpo.net and the Apparel Textile Show ATSM.com which we attend.
Our world class convention facilities could easily handle huge trade shows and global fashion week events, if we put energy into attracting this business.

In closing, we believe creating a self sustaining Garment District in Orlando and developing our city as an International Fashion Destination is a winning proposition.
By offering trending educational and co-op work spaces, technologically advanced green manufacturing facilities and a year round Runway Venue, we’d attract visitors to areas of Orlando, ready for revitalization.
Fashion, Costume and Beauty Industry Showrooms, Headquarters and Business can show the world Orlando is a competitive and creative community, where they can find style, beauty, and innovation in fashion.

You don't want to miss this!